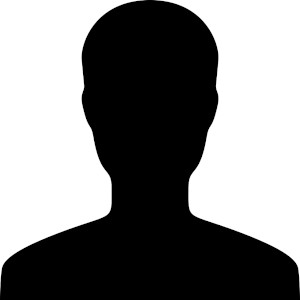 PART ONE – CHILD RAPE VICTIMS:  Abortionist Julio Novoa was implicated in a child abuse scandal, after failing to report child rapes of three girls who were abused by their father.  Both parents were involved: the girls’ mother, a subservient Muslim wife, would bring the daughters to the bedroom so her husband could rape them.  The victims claimed they screamed and fought, but their mother refused to assist them.  The nine years of incest resulted in as many as ten pregnancies.  Dr. Novoa worked at Greater Baltimore Medical Center, where he performed abortions on the underage girls each time they were pregnant — but he never reported the statutory rapes.  Ignored by the doctor and hospital, the abuse continued until the youngest daughter wrote a suicide note on her history test: “I hate life. I hate school. I hate people. I hope to die. …Soon! ! !”  Both parents were convicted in a highly-publicized trial.  During prosecution, the girls’ father complained that he had “suffered” as well, and the mother protested that she believed the rapes were a “trial from God.”  Judge Kenneth Lavon Johnson called the father “perverted, vile, and inhuman,” and said the abuse was the “saddest rape and incest case” he had ever seen.  The father was sentenced to 30 years in prison, the mother to 15.

— — PART TWO — RAPE VICTIM DIANE ZELLERS:  Novoa was also sued in another rape case.  In fall 1981, 30-year-old Diane Zellers was kidnapped and raped at gunpoint.  The victim was taken to Greater Baltimore Medical Center, where Dr. Julio Novoa prescribed her an ineffective emergency contraceptive.  Zellers’ worst fears were realized as she soon became pregnant. Her family and Dr. Novoa pushed her to have an abortion, but for the devoutly Catholic woman, this was not an option.  Deeply distraught, Zellers suffered nightmares and sought counseling, trying to decide if she should raise the child or seek adoption.  When her baby girl was born in June 1982, Zellers looked into her eyes, and knew she could never give her up.  Seeking support, Zellers sued the doctor for the costs of raising her daughter Rebecca.  A jury awarded Zellers $250,000 in damages, but the unsympethetic Dr. Novoa appealed.  The appeals court ruled in the doctor’s favor, and stuck down the award.  Diane Zellers, the victim of rape at gunpoint, was left to support her 2-year-old daughter as a single parent with a part-time job.