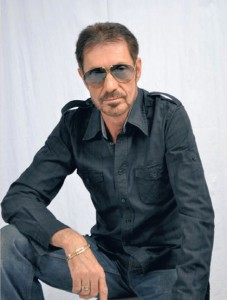 In 1990 the Florida Medical Board passed a disciplinary action against male abortion clinic nurse Barry A. Hill. Hill was employed at the Today’s Woman Medical Center of Coral Gables, FL , a South Florida abortion clinic chain owned by abortionist: Dr. Vladimar Rosenthal. On October 26, 1989 Florida’s Department of Health and Human Services inspector Diane Robie discovered two envelopes in the abortion clinic containing pictures of several women undressed with their legs apart. According to State Medical Board reports the perineal area was the focal point of the photographer. Hill, the abortion clinic’s anesthetists claimed ownership of the photographs. Former employees of the abortion clinic spoke to the Miami Herald where they stated they saw Hill fondling the breasts of several female patients while they were under anesthesia. The former abortion clinic employees told news reporters that they were fired by clinic owner Rosenthal after he heard them complaining to a National Abortion Federation Representative (the clinic was a member) of the conditions at the clinic and Mr. Hills activities.

In 1990 the Miami Herald interviewed former employees of the South FloridaToday’s Women’s Medical Center abortion clinic.The employees told the newspaper that they were fired when clinic owner Vladimar Rosenthal heard that they were on the phone complaining to the National Abortion Federation (NAF) about the conditions at the clinic. Rosenthal’s clinic was reportedly a member of NAF at the time.Employees told the Herald that Vladimar, the owner (a male doctor) and Hill, the male nurse anesthetists were often alone with the female patients. When the state inspected the clinic they found several revealing photographs of females in the possession of the male nurse at the clinic.Employee, Denise Fong Choy told the Florida Department of Professional Regulations (case  # 89-010853) investigators that she was hired as a counselor at the South Dixie Highway clinic. She said she was fired after one and a half years of employment after becoming very concerned about the liabilities for doing certain procedures without licensed personnel in attendance.She called the National Abortion Federation and was overheard by someone at the clinic. She claims that when Rosenthal found out about the call, he fired her.Neat Rodriguez was also an employee of Rosenthal’s at the Today’s Women abortion clinic.  She was NOT a high school graduate and had been hired by Rosenthal to in her words, “do everything” at the clinic.She was also overheard complaining to the National Abortion Federation about Rosenthal and she claims that is why he fired her as well.