Abortionist Bonds Out of Jail, But His Charges May Outrage You

“Board Dismisses Patel Complaint, Deadlocked Vote Criticized by Foes” – Medical board dismisses complaint against abortionist who burned 55 fetuses in a field near Shawnee, OK

In March of 1993, Abortion doctor Nareshkumar Patel of Shawnee, Oklahoma was accused of Forcible Oral Sodomy and sexual battery by a patient he was treating after hours in his clinic. Patel was also the focus of a controversy in 1992 when several aborted fetuses from his clinic were found partially burned in an open field owned by Patel. Officials could not cite any law that prohibited the burning of aborted fetuses in that manner and those charges were dropped. (SOURCE: The Daily Oklahoman 5/28/93 Oklahoma Medical Board Case # 90-09-1129) 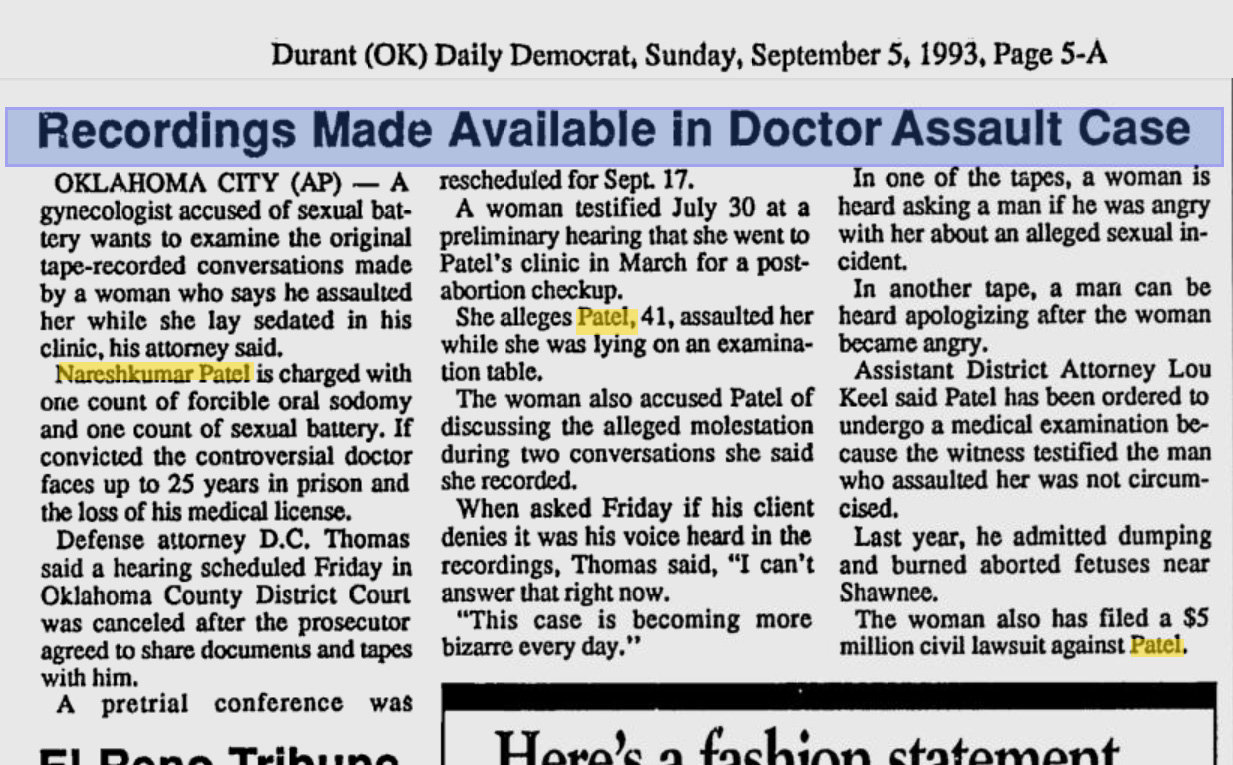 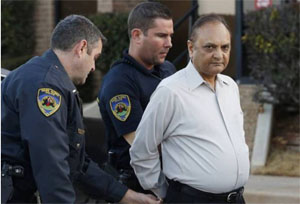